All four speakers are affiliated to the Communication Systems Group CSG, Department of Informatics IfI, University of Zurich UZH, Switzerland.

In recent years, many Remote Electronic Voting (REV) schemes using Blockchain (BC) have been proposed. Serving as a transparent, immutable, and distributed ledger, Blockchains (BC) offer new benefits for REV. Instead of relying on a single, centralized authority, a system of distributed, equivalent authorities are proposed. Further, BCs serve as a highly replicated, tamper-proof audit trail, which enables the verification of cryptographic proofs, crucial for REV. Thus, the integration, deployment, and use of respective cryptographic mechanisms determines the major basis for approaching REV with a suitable security management approach.

Thus, this tutorial on “Blockchain-based Remote Electronic Voting from Theory to Practice” provides an overview of the history behind REV protocols and challenges in implementing them in practice. It closes the gap of applied security management for REV in combination with distributed Blockchains. Besides laying the essential security background on mechanisms and protocols, the tutorial includes “live” code examples, where hands-on experiences can be collected by the audience, and it includes considerations that need to be taken into account when (a) implementing cryptographic protocols but also (b) best- practices for a suitable distributed deployment. Further, this tutorial defines an overview of all different steps and design decisions, how and when to chose an appropriate BC platform, depending on the dedicated target use-case for the REV system.

The tutorial builds a common ground by introducing the basic architecture of REV protocols and systems and their most relevant stakeholders. Furthermore, the most relevant properties for secret ballot voting schemes are introduced and explained, complemented by BC-specific considerations, such as deployment types and trust models as well as concepts for distributed key generation. These theoretical foundations build the basis for the practical part.

Additionally, the detailed design decisions are outlined and code examples show the implementation of an REV system in Rust and Typescript, which is easy to understand and follow along. Thus, the tutorial takes an in-depth look at the details of secure deployments of Docker containers and cobers the deployment of a monitoring solution and the security hardening of a Docker container. Finally, the tutorial leads to the demonstration of the end-to-end process of a BC-based REV system, that can either be executed by the audience on their own systems (fully dockerized) or followed along on the presenter’s device.

Christian Killler joined the Communication Systems Group (CSG) Switzerland, Department of Informatics IfI, University of Zürich UZH in February 2019 to obtain his Ph.D. degree under the supervision of Prof. Dr. Burkhard Stiller. He finished his M.Sc. Degree in Informatics at the University of Zürich, focusing on Security Management and Visualization in a Blockchain-based Collaborative Defense. During his Master Studies he also completed a Master Project on “Provotum – Privacy, Verifiability, and Auditability in Blockchain-based E-Voting”. Christian is one of the Teaching Assistants of the “Blockchains and Overlay Networks” class for M.Sc. students at UZH.

Bruno Rodrigues is a Junior Researcher and Ph.D. candidate in Informatics currently pursuing his Ph.D. degree at the University of Zürich UZH, Switzerland, within the Communication Systems Group CSG of the Department of Informatics IfI under the supervision of Prof. Dr. Burkhard Stiller. He received his M.Sc. from the Polytechnic School of University of São Paulo in 2016, where he was Teaching Assistant of the under graduate “Introduction to Computer Networks” course and an instructor of “Practical Introductory SDN” courses. At UZH, Bruno is Teaching Assistant of the “Communica- tion Systems Laboratory” and participates as an instructor in the Swiss “Certificate for Advanced Studies (CAS) on Blockchains” and “CAS on Big Data and Machine Learning” focusing on blockchains in general and practical hands-on on Blockchains, Smart Contracts, and Clouds. 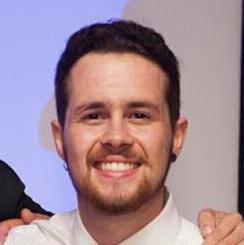 Eder Scheid is pursuing his Ph.D. since December 2017 under the supervision of Prof. Dr. Burkhard Stiller at University of Zürich UZH, Switzerland, within the Communication Systems Group CSG of the Department of Informatics IfI. Eder holds an M.Sc. Degree in Computer Science from the Federal Univversity of the Rio Grande do Sul (UFRGS), which he obtained in 2017 under the supervision of Prof.Dr. Lisandro Zambenedetti Granville. His master's thesis was entitled "INSpIRE: an Integrated NFV-baSed. Intent Refinement Environment". Eder is one of the Teaching Assistants of the “Blockchains and Overlay Networks” class for M.Sc. students at UZH. He also organized practical classes within the Swiss “Certificate for Advanced Studies (CAS) on Blockchains” and “CAS on Big Data and Machine Learning” focusing on Blockchains and Clouds. 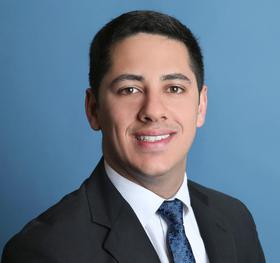 Muriel Franco is a Junior Researcher and Ph.D. candidate in Informatics under the supervision of Prof. Dr. Burkhard Stiller at the University of Zürich UZH, Switzerland,within the Communication Systems Group CSG of the Department of Informatics IfI. Since September 2018, Muriel is working in Zürich on cybersecurity, economics, blockchains, Software-defined Networking (SDN), and Network Function Virtualization (NFV), participating and driving the work of the Concordia project's Task 4.3 (Cybersecurity Economics) within a team of networking, security, and economic researchers. Besides that, from 2017 to 2020, Muriel was part of a work team to develop and implant a federated ecosystem for offering, distributing and execution of Virtual Network Functions (FENDE project). At UZH, Muriel is the Teaching Assistant of the “Mobile Communication Systems” and “Protocols for Multimedia Communications” classes. Muriel hold an M.Sc. (2017) in Computer Science from the Federal University of the Rio Grande do Sul (UFRGS), Brazil, under the supervision of Prof. Dr. Lisandro Granville and obtained a B.Sc. (2014) in Computer Science from the Federal University of Pelotas (UFPEL), Brazil. 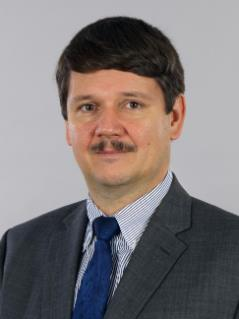 Prof. Dr. Burkhard Stiller received the Informatik-Diplom (M.Sc.) degree in Computer Science and the Dr. rer.-nat. (Ph.D.) degree from the University of Karlsruhe, Germany, in 1990 and 1994, respectively. In his research career he was with the Computer Lab, University of Cambridge, U.K (1994- 1995), ETH Zürich, Switzerland (1995-2004), and the University of Federal Armed Forces Munich, Germany (2002-2004). Since 2004 he chairs the Communication Systems Group CSG, Department of Informatics IfI, University of Zürich UZH, Switzerland. Besides being a member of the editorial board of the IEEE Transactions on Network and Service Management, Springer’s Journal of Network and Systems Management, and the KICS’ Journal of Communications and Networks, Burkhard was Editor-in-Chief of Elsevier’s Computer Networks journal and currently acts as the IFIP TC6 Chair on “Communication Systems”. His main research interests are published in well over 300 research papers and include systems with a fully decentralized control (blockchains, clouds, peer-to-peer), network and service management (economic management), Internet-of-Things (security of constrained devices, LoRa), and telecommunication economics (charging and accounting).

To overcome these challenges, the ETSI ZSM ISG currently develops specifications in the ETSI ZSM GS 009 Series on generic enablers for closed-loop management and operations, leveraging modularity (Service Based Management Architecture, SBMA), intent-based and model-driven approaches to provide operators with unprecedented means to assemble and operate made-to-order, multi-vendor closed-loops, means to coordinate and mitigate conflicts between interacting closed loops and means to manage diverse closed loops through a unified life-cycle. The work in ETSI ZSM also investigates longer-term evolutions for next-generation closed-loop automation by incorporating advanced learning and cognitive capabilities at every stage of the closed loops.

The goal of this tutorial is to present, discuss, validate and improve the steps taken in ETSI ZSM, other standards organizations and open source projects towards realization of the next generation of multi-vendor, coordinated, operator-friendly closed-loop automation solutions.

Pedro Henrique Gomes is a researcher at Ericsson Research, Brazil, engaged in orchestration and automation of 5G networks and services. He works as a delegate in the ETSI Zero-Touch Network & Service Management working group, contributing to the architecture definition especially with AI and ML concepts, and the specification of enablers for closed-loop automation in end-to-end network services. He received the Ph.D. (2019) and M.Sc. (2015) in electrical engineering from the University of Southern California, Los Angeles, USA. He has published 40+ scientific papers in international conferences and journals and holds 8 patents in the area of telecommunications.

Ishan Vaishnavi is a research lead at Lenovo responsible globally for the work in Network Management research and standards. Prior to that, he worked at Huawei and Docomo in the telecommunication management fields and as a developer for Solaris at Sun microsystems. He has been one of the key proponents of virtualization, SDN and slicing for telecommunication networks and has seminal works in those areas. He currently holds over 50 patent applications in those fields. He is an active participant in ETSI and 3GPP standards' development.

Internet of Things and its connected devices are widely adopted in multiple application domains including Industry 4.0, smart homes, smart cities, intelligent transport, etc. The number of IoT devices is expected to grow to a few tens of millions in the next years. One of the challenges that pose these devices is their security and associated threats, since they are vulnerable to several exploits which introduce major risks for their environment. Moreover, these vulnerabilities often subsist during the whole the device’s lifespan, as updates are rare.

In this tutorial and hands-on lab, we provide a detailed overview about IoT devices, their protocols and their security issues. We also detail current practices and techniques used to assess the security of these devices, mainly at the network level. Finally, a set of practical exercises are provided to analyse the traffic generated by these devices. In particular we are focusing on BLE and Z-Wave protocols widely used in IoT consumer devices. 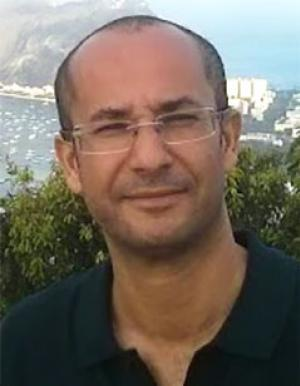 Abdelkader Lahmadi is an Associate Professor of Computer Science in the ENSEM Engineering School at the University of Lorraine, France. He is a permanent member of the RESIST research team at LORIA - INRIA Nancy Grand Est, working on security monitoring and management. He received a PhD degree in Computer Science (2007). Abdelkader Lahmadi is the developer of the highly distributed Open source components IGMP Proxy deployed in millions of devices today. He also published in all major conferences in Network and Service Management. His research interests include monitoring Internet security and threats, Software Defined Networks, Cybersecurity in IoT and SCADA systems by applying machine learning techniques.

Frédéric Beck. After graduating from the University of Strasbourg (France) with a Master degree in Computer Science specialized in Networks and Telecommunications, Frederic Beck briefly joined Alcatel-Lucent in the Terminals and Mobility team developing VoIP phones. He then joined Inria as R&D engineer in 2004 to work on different IPv6 related within the Madynes (now Resist) team until late 2010. After one year as security engineer working on intrusion detection and anti-malware division at La Banque Postale, Frederic re-joined Inria as a research engineer and took the technical lead of the High Security Laboratory (LHS) at Inria Nancy Grand Est in 2011, collaborating on the different research projects within the platform, mainly focusing on Internet security (network traffic/incident analysis, attack/anomaly detection, IoT security...). 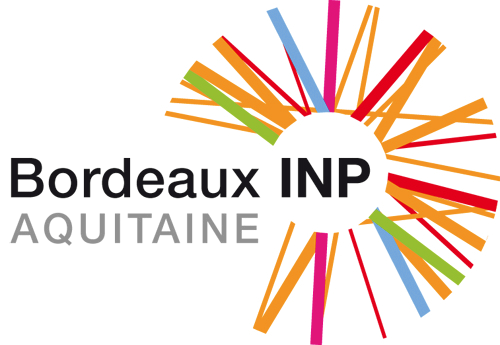